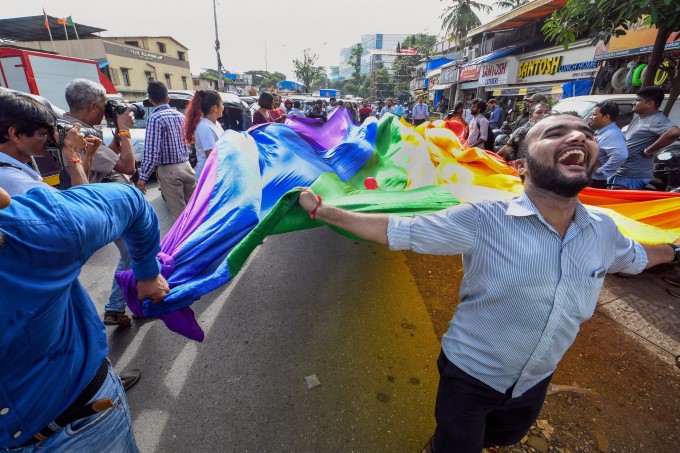 The year 2018 ushered in a ray of hope for the LGBTQ community, as the country’s Apex Court agreed to revisit its 2013 verdict upholding Section 377 of the Indian Penal Code 1860. The Hon’ble Chief Justice of India, Mr. Dipak Misra stated that the Supreme Court judgment on the matter had hurt the sentiments of a number of people and needed to be reconsidered. This may be seen as a direct impact of the landmark judgment with regards to ‘Right to Privacy’ as a fundamental right which set a benchmark in Indian law, addressed the issue of section 377 and criticized the 2013 Supreme Court judgment while discussing the ambit of privacy. The Supreme Court’s move, although progressive, sparks certain points of debate such as ‘morality versus privacy’ and the question on the extent of the role of State while intervening in the citizen’s private sexual matters. Despite these issues, the step taken by the Supreme Court may be perceived as a positive step towards dismantling an age-old colonial law which has been a source of discrimination and a battle ground for a marginalized community for a very long time.

July 2009 saw a historic judgment by the Delhi High Court which decriminalized the archaic and controversial section 377 of the Indian Penal Code 1860, holding that it violated the fundamental right of life and liberty and the right to equality as guaranteed in the Constitution. Section 377 of the Indian Penal Code1860 defines unnatural offenses. It says, “Whoever voluntarily has carnal intercourse against the order of nature with any man, woman or animal shall be punished with imprisonment for life, or with imprisonment of either description for a term which may extend to 10 years, and shall also be liable to fine.” The section has an Explanation attached stating that “penetration is sufficient to constitute the carnal intercourse necessary to the offence described in this section”. In a nutshell, this provision criminalizes any sexual penetration that is non reproductive in nature, and in that punishes anal and oral sex even between consenting adults. This Indian law was challenged in the form of a Public Interest Litigation in the Delhi High Court by a Delhi-based NGO Naz Foundation, which works in the field of HIV/AIDS and public health.

A Division Bench of the Delhi High Court consisting of Justice A.P. Shah and Justice S. Muralidhar, in Naz Foundation v. Govt. of NCT of Delhi held that section 377 of the IPC, insofar as it criminalizes consensual sexual acts of adults in private is violative of Articles 21 (Right to Protection of Life and Personal Liberty), 14 (Right to Equality before Law) and 15 (Prohibition of Discrimination on Grounds of Religion, Race, Caste, Sex or Place of Birth) of the Constitution. They further added that sexual orientation is a ground analogous to sex, and that discrimination on sexual orientation is not permitted under Article 15. This was seen as a victory after an eight year long legal battle by the LGBTQ community and was considered a progressive move shunning the 149 year old law. The judgment showed a paradigm shift in the approach of courts towards a more progressive outlook, acting as a yardstick in Indian law.

This judgment was not welcomed by many, especially groups of religious bodies and individuals which included the All India Muslim Personal Law Board, the Apostolic Churches Alliance and the Utkal Christian Council, who appealed to the Apex Court on the grounds of public morality. The Supreme Court judgment in Suresh Kumar Koushal v. Naz Foundation reversed the Delhi High Court judgment in 2013 stating that, “section 377 IPC does not suffer from the vice of unconstitutionality and the declaration made by the Division Bench of the High court was legally unsustainable.” The judgment was seen as cementing 18th century Victorian ideas of morality which considered procreation as the only purpose of sexual intercourse. The progressive liberal society has shunned such ideas and beliefs. Even the British who drafted the Indian Penal Code 1860 reformed their own law, the Sexual Offences Act 1967and de-criminalized homosexuality and acts of sodomy between consenting adults.

The implication of the Supreme Court judgment is multifarious, affecting a number of domains, especially the status of existing Indian laws to the extent to which they violate a citizen’s right to privacy. Section 377 is one such statutory provision which then becomes questionable in the light of right to privacy. This issue has been addressed in the Supreme Court judgment itself, disagreeing with the way privacy was dealt in the Naz Foundation case by the Apex Court in 2013.

The Supreme Court said that Right to Privacy and the protection of sexual orientation lies at the core of the fundamental rights guaranteed by Articles 14, 15 and 21 of the Constitution, and noted that sexual orientation is an essential attribute of privacy, and discrimination against an individual on the basis of sexual orientation is deeply offensive to the dignity and self-worth of the individual. The judgment also stated that though only a minuscule fraction of the country’s population constitutes lesbians, gays, bisexuals or transgender, is not a sustainable basis to deny the Right to Privacy. The rights of the LGBTQ community cannot be considered to be “so-called” rights. These are real rights based on sound constitutional doctrine. “They inhere in the right to life. They dwell in privacy in dignity. They constitute the essence of liberty and freedom. Sexual orientation is an essential component of identity. Equal protection demands protection of identity of every individual without discrimination,” observed Justice Chandrachud.

The question at this point arises as to why the Apex Court in the first place overturned the Delhi High Court judgment. Two arguments were put forward by the State in favour of section 377 in front of the Delhi High Court, which were public health and public morality respectively. Public health is a purely fact-based argument, and the absence of any discussion on that point in Koushal v. Naz Foundation clearly indicates that it could not have been the reason for upholding section 377. Therefore, the basis of the judgment would have been public morality. At this juncture, the observation of Justice Chandrachud in the Privacy judgment becomes crucial, as he notes “… the purpose of elevating certain rights to the stature of guaranteed fundamental rights is to insulate their exercise from the disdain of majorities, whether legislative or popular.” The use of both words – “legislative” and “popular” serves a purpose. The addition of the word “popular” makes it clear that he is referring to something that is beyond majoritarian Indian law, laying emphasis to the nebulous concept of “public morality.” This observation becomes extremely important as we recall that the Delhi High Court had specifically distinguished between “popular morality” and “constitutional morality”, and had held that only the latter could be a ground for restricting fundamental rights. The Supreme Court observed that the right to sexual orientation falls within the ambit of right to privacy, giving it constitutional recognition and thereby, rendering the grounds of restriction based on “constitutional morality” moot. Since, “popular morality” cannot be ground for restriction; therefore, the Supreme Court judgment on this aspect plays an important role in favour of decriminalizing section 377.

Another pertinent question is the extent of the role of the State when it comes to sexual activities between two consenting adults behind closed doors. In R v. Brown ([1993] 2 All ER 75 House of Lord) the accused persons indulged in homosexual sadomasochist activities, which is not considered an offence under the Sexual Offence Act. However, the accused persons were charged under Offences Against the Person Act 1861. The Court held that since injuries were inflicted, the defense of consent could not be taken into account, and the accused persons were found guilty. The question arises as to where the line which divides pleasure and pain is, and more importantly, who decides and draws this line. Lord Mustill observed in this case, “….these are questions of private morality; that the standards by which they fall to be judged are not those of the criminal law; and that if these standards are to be upheld the individual must enforce them upon himself according to his own moral standards…” Morality and moral standards, being subjective terms, differ from person to person. Therefore, to have a common code which dictates morality becomes problematic. On the other hand, complete freedom and lack of regulation would also be detrimental to marginalized sections of society who are vulnerable to exploitation and abuse. Therefore, a balance has to be struck between state interventions vis-à-vis right to privacy.

In today’s day and age, it is not only quality that matters but also the speed at which the work is delivered. Therefore, time is of the essence and efficient legal research is the need of the hour. It cannot be denied that legal cases and their study is an integral part of the profession. With the advancement of technology which has touched every aspect of human life, the legal field is no exception. Access to research material is no more an impediment. A few years ago, online searches were based on rudimentary Boolean method. But over the years, research has become more comfortable with the assistance of tailor-made legal research portals which cater to the needs of the legal profession.

Section 377 is a discriminatory, archaic provision reflecting Victorian colonial ideology which has no place in a progressive and liberal society which emphasizes on the rights of the individual. After the pronouncement of the Right to Privacy judgment by the Supreme Court, justifying section 377 would become an extremely difficult task. However, as students of law, it would be fascinating to see how the Apex Court interprets the constitutional validity of section 377 in the light of right to privacy.