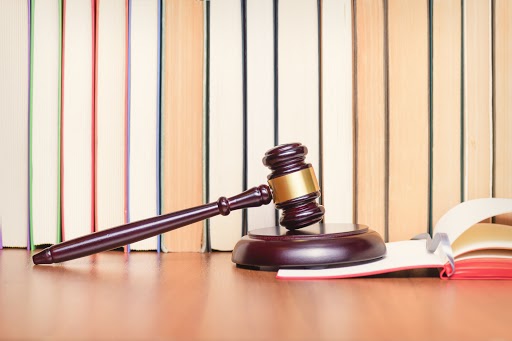 India is undergoing a rapid growth and prosperity phase where all sections of society are given opportunities to envision, create and scale - up their standards. Today, SC - ST have become one of the most progressive communities of Indian society through their educational, economic and social empowerment. SC ST Act 1989 has helped prevent a lot of offences against the Scheduled Castes and Scheduled Tribes groups. Special courts work in their favor and provide relief to the victims by protecting their special rights and privileges.

SC ST Act 1989 is an Act of Parliament enacted to prohibit discrimination against SC & ST communities members and prevent atrocities against them. SC ST Act was enacted when the existing laws like Indian Penal Code and Protection of Civil Rights Act were found inadequate to keep a check on the crimes. The Scheduled Castes and Tribes (Prevention of Atrocities) Act, 1989 was enacted on 9th September 1989.
Commenced on 31st March 1995, this 33rd Act promotes social inclusion of Dalits into the society. The SC ST Act clearly emphasizes on the intention of the government in delivering justice to these communities through proactive efforts. This allows the Dalits to live in society with self - esteem and dignity. With SC ST Act, Dalits are devoid of any fear, violence or suppression from the dominant castes.

SC ST Act 1989 is formed to abolish untouchability and to forbid all such ill practices. The SC ST Act aims at delivering justice to these communities through proactive efforts. The Act provides them the right to live with self respect. Strict punishment is provided for any such offence.

1. To improve the socio-economic conditions of the scheduled caste and scheduled tribe.
2. To curb offences related to ill – behavior against SCs and STs that break down their self esteem.
3. To curb denial of economic, democratic and social rights.
4. To protect them from social disability like – denial of access to certain places, personal atrocities like - forceful drinking, eating inedible food, injury, sexual exploitation etc.
5. To help them remain devoid of malicious prosecution, economic exploitation and political disabilities.
6. To deliver justice through proactive efforts, giving them a dignified life and eradicate suppression from the dominant castes.

Atrocity is an expression commonly used to refer the crimes against SC & ST members in India. It denotes the quality of being shockingly inhumane and cruel. However, the term ‘crime’ relates to an act punishable by law. It also signifies the crimes that have ingredients of suffering in one or other form.

imprisonment for a term which shall not be less than six months but which may extend to one year.

Punishments for the given offences that come under ‘Atrocity’

Dump sewage, excreta or other obnoxious substance at the premises of a SC/ST communities members.

Force a member of SC/ST members to remove clothes from the person, remove moustaches or paint face/body.

Wrongfully occupy or possess land or get such land transferred.

Get the person of such a community parade naked or semi - naked.

For every Special Court, by notification in the Official Gazette, the State Government shall specify a Public Prosecutor or appoint an advocate. The appointed person should have been in practice for not less than 7 years for the purpose of conducting cases in that court.

In the recent case - HITESH VERMA VERSUS THE STATE OF UTTARAKHAND & ANR, Supreme Court had mentioned that insulting or intimidating a person belonging to Scheduled Caste or Scheduled Tribe (SC/ST) community will not by itself amount to an offence under the SC and ST (Prevention of Atrocities) Act unless such insult or intimidation is on account of victim belonging to SC/ST community

Q1. What is SC ST Act?
SC ST Act 1989 was enacted for preventing atrocities against the members of Scheduled Castes and Scheduled Tribes.

Q2. What is the aim of SC ST Act?
The aim of SC ST Act is to protect the rights of dalits. It curbs all the violence against dalits and gives them a life of dignity and self esteem. The act makes sure that just like other sections of society, they also get economically and socially empowered.

Q3. What is SC ST Amendment Act 2018?
The SC ST Amendment Act 2018 does not include the provision of anticipatory bail for a person who has been accused of atrocities against SC and STs. Under this act, the investigating officer doesn’t require the approval of any authority to arrest the person who is accused of such crimes. Further, the act also doesn’t mandate a preliminary enquiry to register a FIR against the accused person.