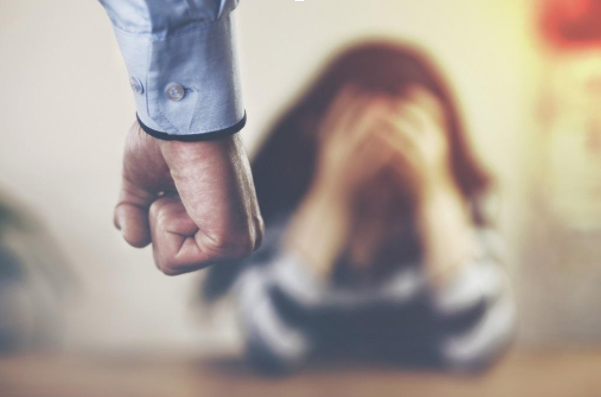 With women increasingly getting financial independent day by day, their status has become much better now. But, still Indian society is not fully released from the shackles of crime against women. Domestic violence is one of the top crimes faced by women of India. There are still many households in India where patriarchy pressurizes women to bear all the violence against them.  In order to provide protection to the wife or live-in-partner from domestic violence, the Indian Government enacted ‘protection of women from Domestic Violence Act, 2005, which came into force from 26 September 2006

1. Causing harm, injury or danger to life, health, safety or well-being, whether mental or physical.

2. Causing harm, injury, or danger to the woman with an intention to coerce her or any other person related to her for meeting any demand for dowry or other property or valuable security.

3. "Physical abuse" means any act or conduct which is of such a nature as to cause bodily pain, harm, or danger to life, limb, or health or impair the health or development of the aggrieved person and includes assault, criminal intimidation and criminal force;.

4.  "Sexual abuse" includes any conduct of a sexual nature that abuses, humiliates, degrades or otherwise violates the dignity of woman;.

5. “Verbal and emotional abuse” includes insults, ridicule, humiliation, name calling and insults or ridicule specially with regard to not having a child or a male child; and   repeated threats to cause physical pain to any person in whom the aggrieved person is interested.

6. “Economic abuse” includes not offering money for maintaining a woman or child that includes - food, clothes, medicines etc. Forcibly taking away salary is also included under this.

Domestic relationship means a relationship between two persons who live or have, at any point of time, lived together in a shared household, when they are related by marriage, consanguinity, or through a relationship in the nature of marriage, adoption or are family members living together as a joint family.

Who is covered under Domestic Violence Act - 2005?

An aggrieved person is any woman who is or has been in a domestic relationship with the respondent. The Domestic Violence Act 2005 covers all the women who can be a sister, wife, widow, mother or partners living in a shared household. The relationship can be in the nature of marriage or adoption.

Who can file a complaint?

1. A woman who alleges to have been subjected under any act of domestic violence by the offender or any other person.

2. A child is also entitled to relief under the Domestic Violence Act. The mother can make an application on behalf of her minor child (Whether male or female). The children are added as co-applicants.

Against whom a complaint can be filed?

1. Relatives of the male partner or the husband.

2. Both male as well as female relatives of the male partners.

3. It also provides an appointment of Protection Officers, recognizes and involves non-governmental organizations as service providers for offering assistance to the abused with respect to her medical examination, obtaining legal aid and safe shelter.

Roles and responsibilities of Protection Officer and Services:

A. To assist the Magistrate for conducting his functions under the Domestic Violence Act 2005.

B. To make a domestic incident report to the Magistrate upon receipt of a complaint of domestic violence and then forward the copies to the police officers within local limits.

C. To make an application in a manner that might be prescribed to the Magistrate, if the aggrieved person desires to claim relief for issuance of a protection order.

D. To make sure that the aggrieved person is being provided legal aid under the Legal Services Authorities, 1987.

E. To maintain a list of service providers that offer legal aid or counseling, medical facilities or shelter homes in a local area within the jurisdiction of the Magistrate.

G. To let the aggrieved person medically examined if she has undergone bodily injuries.

H. To make sure that the order for monetary relief under Section 20 is compiled and executed.

What are the monetary reliefs as per the Domestic Violence Act 2005?

1. Magistrate may issue a protection order offering protection to the woman.

3. The magistrate may direct the culprit to provide relief to the victim for the loss of earnings, medical expenses, any loss caused due to damage, destruction or removal of any property from the aggrieved person.

4. Maintenance cost for the aggrieved person and also for her children.

5. Custody of children will be granted to the victim as required, with visiting rights to the respondent.

1.  Committing any act of domestic violence.

2.  Aiding or abetting in the commission of acts of domestic violence.

3.  Entering the place of employment of the aggrieved person. If the person aggrieved is a child, then its school or any other place frequented visited by the respondent.

4.  Attempting to communicate with the aggrieved person, including personal, oral or written or electronic or telephonic contact.

5. Causing violence to the dependants, other relatives or any person who give the aggrieved person assistance from domestic violence

6.  Committing any other act as specified in the protection order.

In this recent case, the Supreme Court had categorically explained that maintenance can be claimed under the provisions of the Protection of Women from Domestic Violence Act, 2005 (Domestic Violence Act) even if the claimant is not a legally wedded wife.

The Bench explained that the provisions contained in Section 3(a) of the Domestic Violence Act, 2005 which defines the term “domestic violence” also constitutes “economic abuse” as domestic violence. The Court had further stated that under the provisions of the Domestic Violence Act, the victim i.e. estranged wife or live-in-partner would definitely be entitled to get more relief than what is contemplated under Section 125 of the CrPC i.e. to a shared household also.