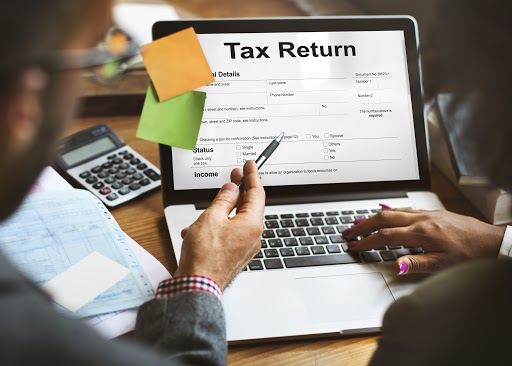 What is Income Tax?

Income earned through a job, business or any other sources doesn’t belong to the owner completely. If you earn income beyond a certain limit, then you are liable to pay the income tax on an annual basis for a financial year beginning from 1st April to 31st March. Income Tax is a kind of tax that the government imposes on the income generated by the individuals and businesses within their jurisdiction. Income tax is the source of revenue for Government. The amount of income tax pay government obligations, funds public services, and provides goods for citizens. The Government utilizes the tax to discharge innumerable responsibilities. This includes health care, infrastructure development, education, public transport, subsidies and carrying out other welfare programmes like employment programmes.

Income Tax Act 1961 comprises all the details about Indian Tax systems. The Act explains the levy, collection as well as recovery of income tax. Income Tax Act is a comprehensive statute which focuses on various rules and regulations which are being governed within the country.

Parties who are liable to pay Income Tax

According to the Indian Income Tax Act, 1961, the parties who are liable to pay the income tax, meaning that their annual income falls into one of the income slabs prescribed in the Act are companies, firms, individuals, Hindu Undivided Families (HUFs), local authority, artificial judicial persons, association of persons and body of individuals. Income tax is levied on an annual basis, at the end of every financial year (April - March).

What kinds of income are taxable under Income Tax Act 1961?

The incomes which are taxable under Income Tax Act 1961 are:

1. Individuals (Other than seniors and super senior citizen)

Surcharge: Surcharge is levied on the amount of income-tax at the following rates:

This section includes all those incomes that do not form the part of total for an individual for a year, for example - allowance for children education, rent allowance, travel allowance, gratuity and so on. The incomes covered under this section are excluded from the calculation, hence known as exempted incomes.

Section 24 of the Income Tax Act 1961 offers leverage to homeowners to claim a deduction of Rs. 2 Lakhs. The amount is Rs. 1, 50, 000 if you are filing returns for the last financial year on the home loan interest, in case the owner or the family resides in the house property.

Under Section 54 the Income Tax Act 1961, HUF or an individual sells a residential property to avail tax exemptions from Capital Gains. The section applies if the capital gains are invested in purchase or construction of the residential property. Taxpayers such as LLP’s, partnership firms, companies or any other association or body cannot claim tax exemption under section 54.

In order to avail the benefit of Section 54 of Income Tax Act 1961, following conditions must be satisfied:

Ans. Income Tax in India is a tax that you pay to the government on the basis of your income and profit.

Ans. According to the official website of the Income Tax Department of India, Income Tax Act 1961 contains a total of 23 chapters and 298 sections. These different sections deal with various aspects of taxation in India.

Ans. According to the official website of the Income Tax Act 1961, Income Tax comprises 298 sections.

Ans. Any income earned not subjected to income tax is known as exempt income. According to Income Tax Act 1961, there are certain types of income that are exempted from income tax within a financial year. For example - House Rent Allowance, Housing Loan exemption, Leave & Travel Allowance, Transportation Allowance etc.

It is quite easy to calculate:

Basically, this term simply means something that comes in. It doesn’t include the monetary return, but also the value of benefits and perquisites. Anything which can be converted into income is regarded as a source of accrual of income.